Italy is full of wonderful places,especially those ones you can get to flying 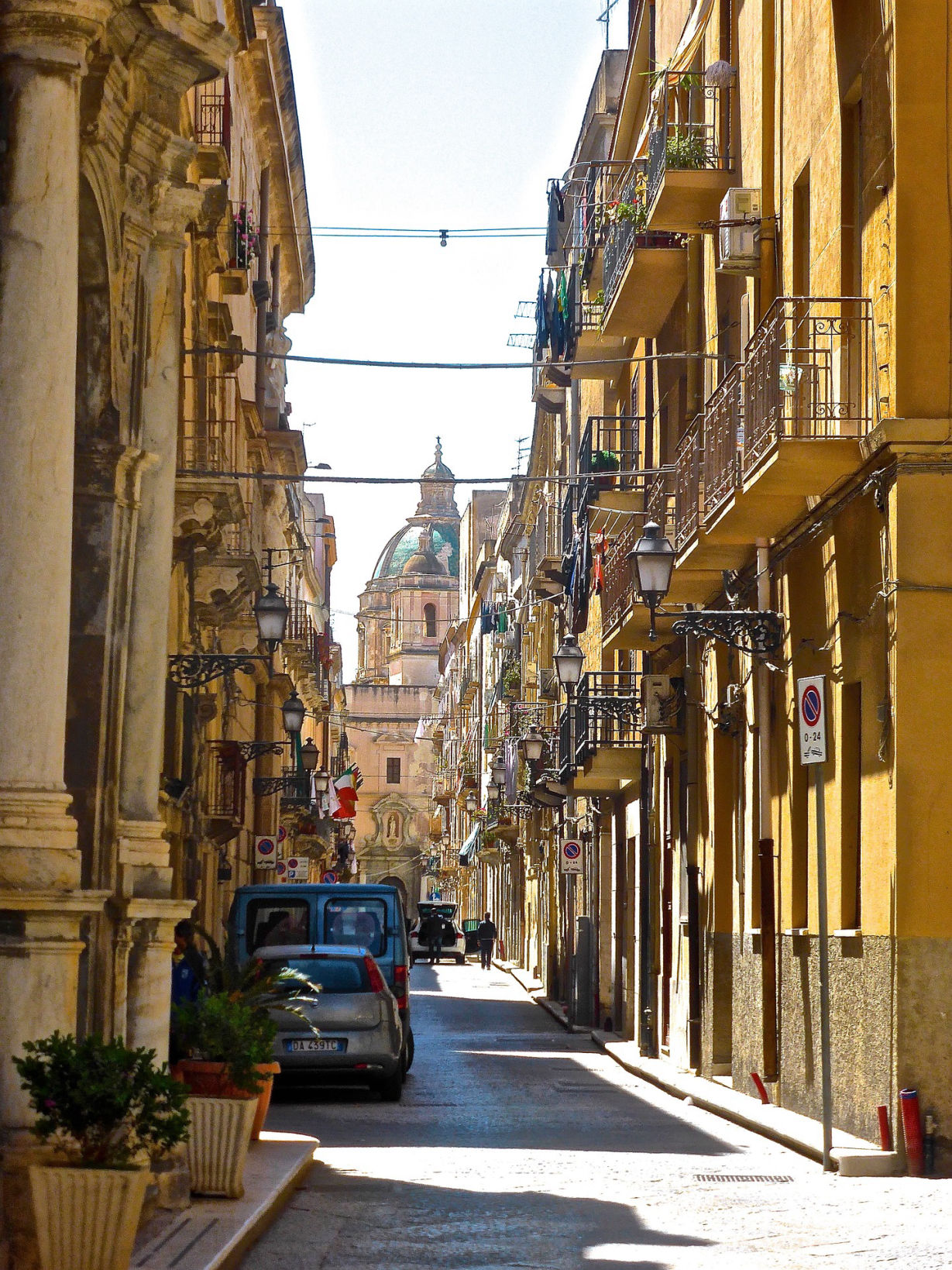 Sicily is the largest island in the Mediterranean Sea and one of the 20 regions of Italy. It is one of the five Italian autonomous regions and is officially referred to as Regione Siciliana. The region has 5 million inhabitants. Its capital city is Palermo.
Sicily is in the central Mediterranean Sea, south of the Italian Peninsula, from which it is separated by the narrow Strait of Messina. Its most prominent landmark is Mount Etna, one of the tallest active volcanoes in Europe,[5] and one of the most active in the world, currently 3,357 m (11,014 ft) high. The island has a typical Mediterranean climate.
The earliest archaeological evidence of human activity on the island dates from as early as 12,000 BC. By around 750 BC, Sicily had three Phoenician and a dozen Greek colonies and it was later the site of the Sicilian Wars and the Punic Wars. After the end of the Roman province of Sicilia with the fall of the Roman Empire in the 5th century AD, Sicily was ruled during the Early Middle Ages by the Vandals, the Ostrogoths, the Byzantine Empire, and the Emirate of Sicily. The Norman conquest of southern Italy led to the creation of the County of Sicily in 1071, that was succeeded by Kingdom of Sicily, a state that existed from 1130 until 1816.[8][9] Later, it was unified under the House of Bourbon with the Kingdom of Naples as the Kingdom of the Two Sicilies. The island became part of Italy in 1860 following the Expedition of the Thousand, a revolt led by Giuseppe Garibaldi during the Italian unification, and a plebiscite. Sicily was given special status as an autonomous region on 15 May 1946, 18 days before the Italian institutional referendum of 1946.
Sicily has a rich and unique culture, especially with regard to the arts, music, literature, cuisine, and architecture. It is also home to important archaeological and ancient sites, such as the Necropolis of Pantalica, the Valley of the Temples, Erice and Selinunte. Byzantine, Arab, Roman and Norman rule over Sicily has led to a blend of cultural influences.

Leave a review on:

Please fill out the required fields to request a customized quote